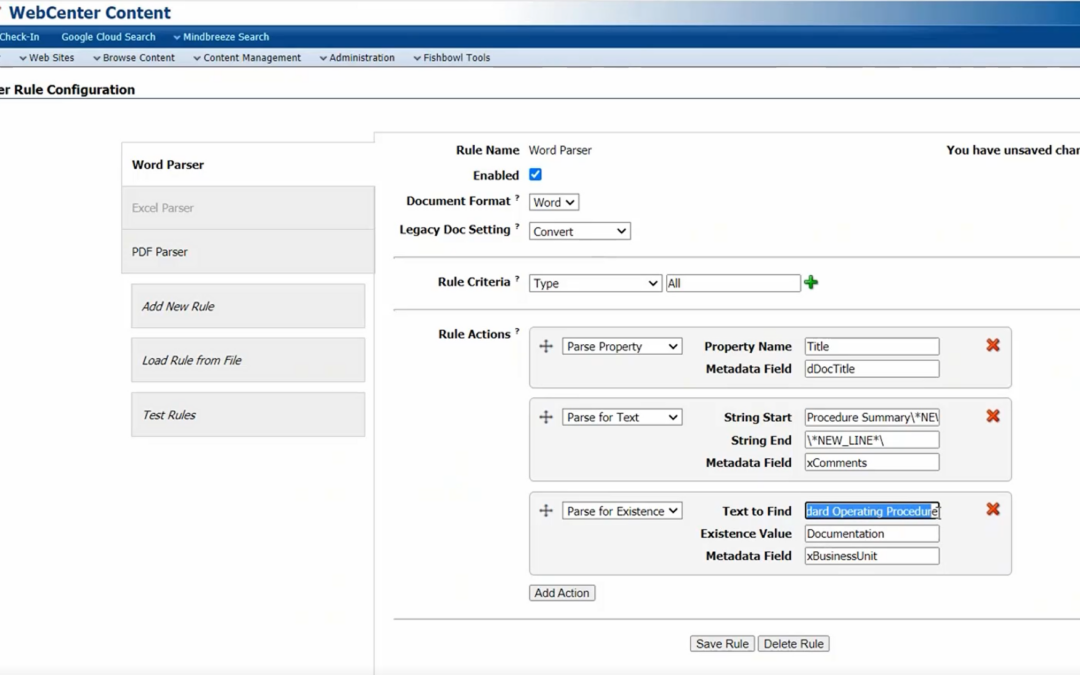 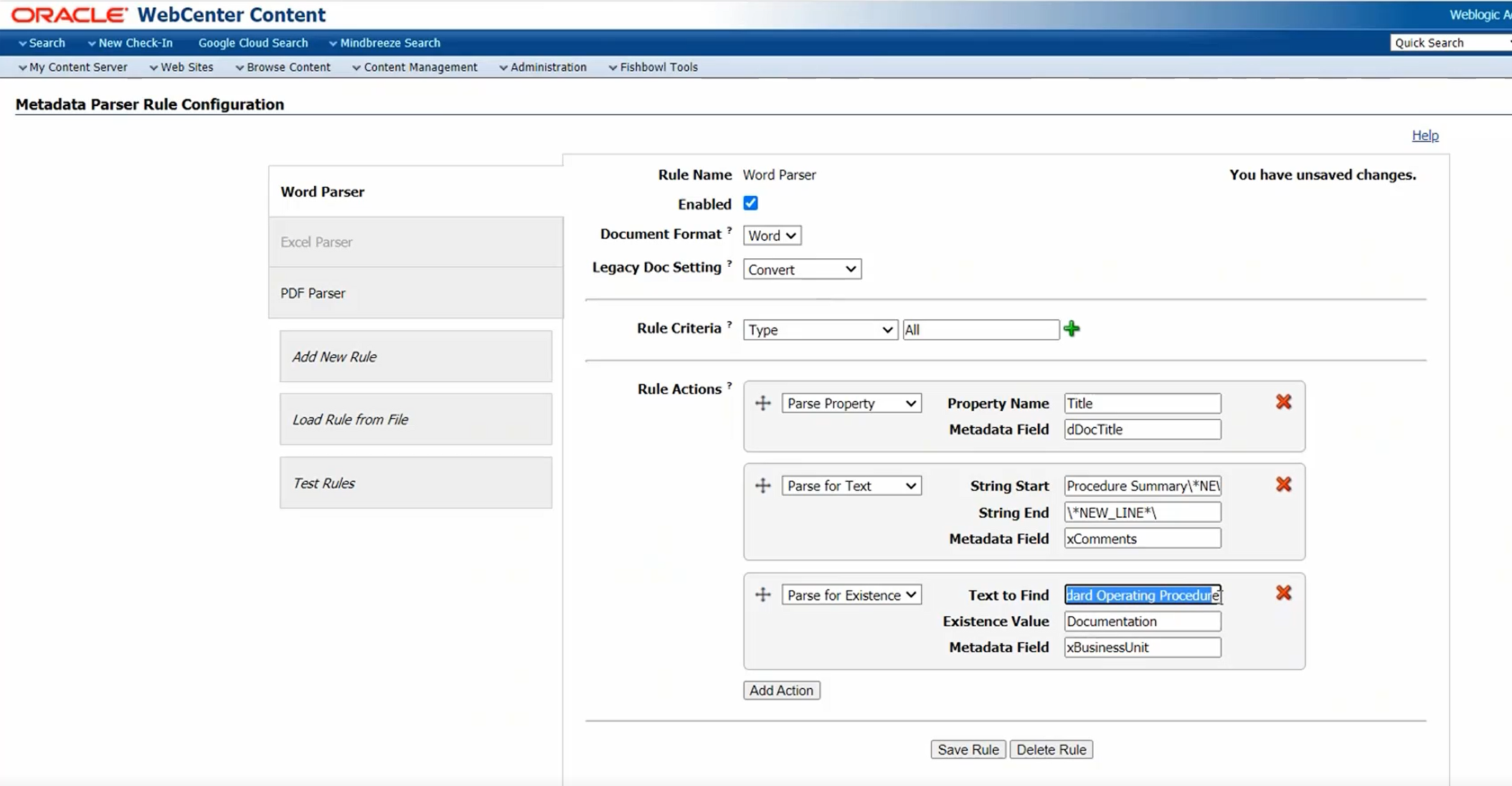 The new Metadata Parser capability added in Document Automation 4.0 is used to parse info out of files when they are checked into WebCenter.

One of our more popular products is Document Automation, which provides functions to improve enterprise content accuracy and quality by more closely integrating information from your documents with metadata in WebCenter Content. The bulk of Document Automation is made up of two main pieces: Metadata Parser and Native File Updater. We recently released version 4.0 of Document Automation, adding a new, intuitive configuration UI, among other new features.

Metadata Parser, named aptly for its exact capabilities, is used to parse info out of files when they are checked into WebCenter. It then adds the parsed data to the metadata of the content item in WebCenter. For example, instead of writing or copy/pasting a document summary upon check-in for each document, Metadata Parser can automatically parse the summary into the content item’s metadata. This feature supports Microsoft Office Word and Excel, as well as PDF files. There’s an additional option for handling legacy Office documents; Document Automation can leave them in their legacy format (.xls, .doc, etc.) or convert them to their newer counterparts (.xlsx, .docx).

Here at Fishbowl, we use Native File Updater to update fields within the header and footer of documents when they are checked in. Within the footer, we include author, revision date, review date, and assigned department metadata fields. Instead of having each individual user that’s checking in a document manually update (or ignore) these fields, Native File Updater automatically runs the rules set by our admins, allowing the fields to be updated quickly and accurately.

Version 4.0 of Document Automation includes a configuration UI that’s more intuitive and allows admins to make changes to said configuration within WebCenter Content. This alone may be a sigh of relief to admins knowing they no longer need to go to the WCC file system in order to make changes, but that’s not all our team added to the 4.0 upgrade.

With both Metadata Parser and Native File Updater, admins can now test how the newly set rules will work on a document(s) already within WebCenter. Check for errors and make corrections without having to check in new documents that can clutter up the content management system. This is especially useful when applying Native File Updater, so admins aren’t updating dozens of files incorrectly and having to go back and correct the mistake.

In addition, there have also been new capabilities added to Native File Updater. Headers and footers can now be added to Word documents without needing to use macros, and you can also run a “find-and-replace” text replacement on Word documents as they are checked in to WebCenter.

Between Native File Updater and Metadata Parser, admins now have better control than ever over the content in WCC. The Document Automation 4.0 update brings an intuitive and easy-to-use user interface with testing to make sure errors are uncovered and corrected before a single document within WebCenter has been edited. If you’re interested in learning more about implementing Document Automation, email our team at info@fishbowlsolutions.com and check out our webpage with our suite of WebCenter Content add-on software.

[/et_pb_column]
Manage Cookie Consent
We use cookies to optimize our website and services. By using our site, you consent to cookies. Read more about what this means on our policy pages.
Manage options Manage services Manage vendors Read more about these purposes
Preferences
{title} {title} {title}